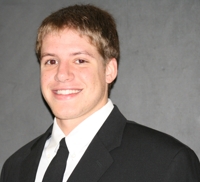 Player of the Year Nomination

As the head coach at Notre Dame Academy, it is my honor to nominate Tim Davison for your consideration with the American Family Insurance/ WHCA Player of the Year Award.

Tim exemplifies the Mr. Hockey award through his consistent commitment to excellence both on and off the ice.  Tim is a 4th year player at Notre Dame that has performed at an exceptional level throughout his entire career.  As a captain and leader within my program, Tim defines great character through his positive attitude and great decision making off the ice.  Tim is humble and mature beyond his age.  Tim has learned to overcome adversity with a strong desire to become better on a daily basis and learn from mistakes.

Tim is the only senior committed to play division 1 hockey.   Tim accepted a scholarship offer to the University of Wisconsin in the summer of 2010.  Tim has been with the Team Wisconsin program for three years.  Mr. Davison is an elite player in the Upper Midwest High School Elite League and was selected to the NIT Tournament Elite League all star roster during both U18 seasons.  The NIT Minnesota rosters are loaded with the best high school players in Minnesota.  Tim thrived in this environment, where the competitive challenge was the best offered at the high school level.

Tim Davison has performed very well academically.  Tim has been an honor roll member at Notre Dame Academy five out of seven semesters.  Mr. Davison is a high honors student his last two semesters.  First semester of senior year was a highlight, earning all A’s in the class room.  Tim has prepared himself well for the academic challenge that the University of Wisconsin will bring in the near future.

Tim has demonstrated his willingness to serve the community in multiple ways.  Tim has volunteered many hours at the Rennes nursing home.  He also donates time to the Faith Lutheran church cookie walk annually.  Tim has participated in the Notre Dame Academy “serves” program, which is a community based program offering help to those in need throughout our community.

Tim has received numerous awards and recognition during his career at Notre Dame:

Tim possesses a rare combination of ability, skill and hockey sense that make him a truly special player.  The past four years have been very rewarding to watch Tim develop not only as a hockey player, but more importantly as a great person.  Tim will leave a legacy behind in our program that will most likely never be matched.  Tim is a deserving candidate for your consideration.