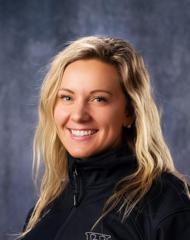 Breanna Simon-Seibel has played hockey since age 4. Breanna played in the New Richmond, WI youth hockey association until age 13. Prior to eighth grade, she transferred schools and attended Shattuck St. Mary’s in Faribault, MN where she played 5 years of hockey including winning a U19 National Championship with her team in 2011.

After graduating from Shattuck in 2011, she played collegiate hockey for Sacred Heart University and Hamline University.

She has an undergraduate degree in Biology and a master’s degree in Health and Wellness Management.

Want additional information or have a topic idea? Email Breanna

The Latest From Breanna's Bench