MADISON –  Shane Ryan, a senior goaltender from Edgewood High School in Madison, has been named the first recipient of the Jeff Sauer Award, the Coach Sauer Foundation announced.

The Jeff Sauer Award was presented Wednesday at the Wisconsin High School Coaches Association dinner by Mark Strobel, the associate head coach at the University of Wisconsin. The annual award hopes to encourage community service among girls and boys high school hockey players in the state of Wisconsin. It is named after the legendary former UW coach and hockey ambassador Jeff Sauer, who passed away in February, 2017.

Ryan is a worthy example. Shane completed 230 hours of volunteer service. In the last four years Ryan worked as an umpire and a groundskeeper at the Madison West Side Little League fields. He also created a fundraiser that provided scholarships to give to families that couldn’t afford baseball equipment. Thus far Shane has raised $10,000 for families at the Little League complex.

Shane has a 4.03 grade point average and plans to attend the University of Wisconsin next year. As a three-year player at Edgewood, Ryan has a 14-9-1 record with a 2.23 goals against average and an 8.98 save percentage. His coach is Pete Rothering.

After retiring from college hockey, Jeff worked extensively with disabled hockey players, He coached the U.S. sled hockey team to a gold medal at the Winter Paralympics in 2014 and in his seven years as coach, Team USA won two gold medals at the Sledge Hockey World Championships. was active. Additionally, Sauer was president of the American Hearing Impaired Hockey Association.

The Coach Sauer Foundation was very impressed with all the candidates and their stories of student athletes who deserve notice for reasons that ultimately are more important than mere personal statistics.

Madison Ice Arena will display a replica of the Jeff Sauer Award in its lobby to honor Ryan this year and all future winners. Edgewood High School also receive a plaque to display to commemorate Ryan’s achievements. 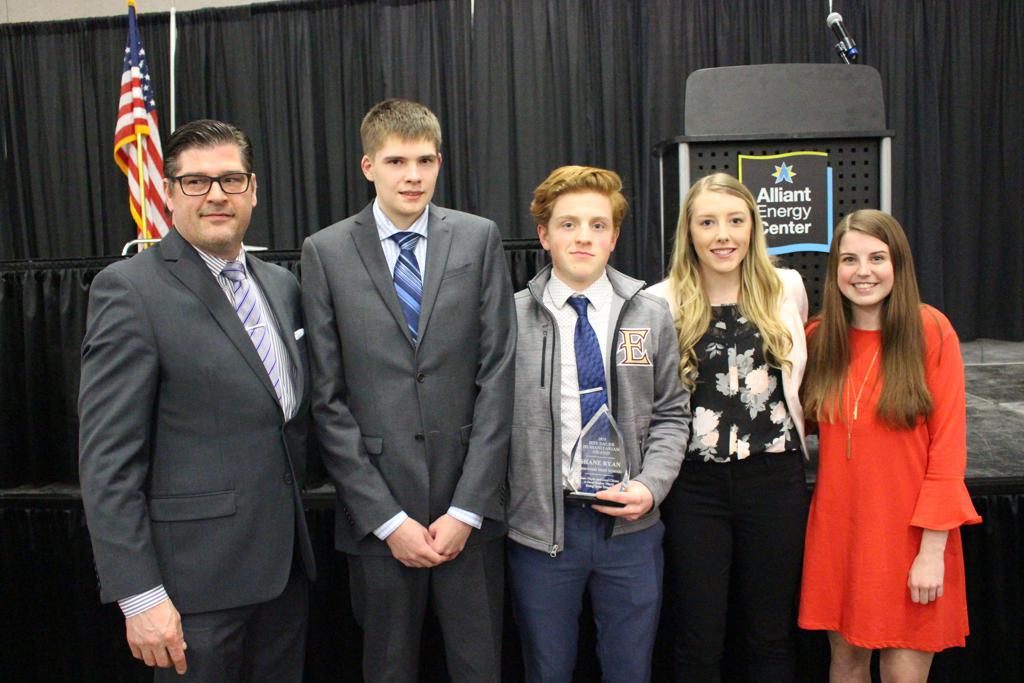