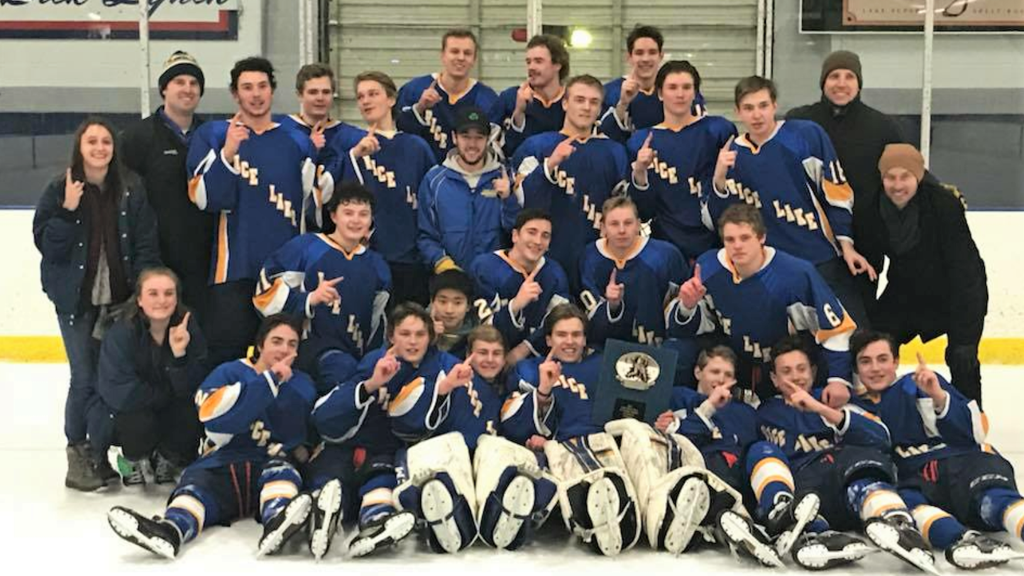 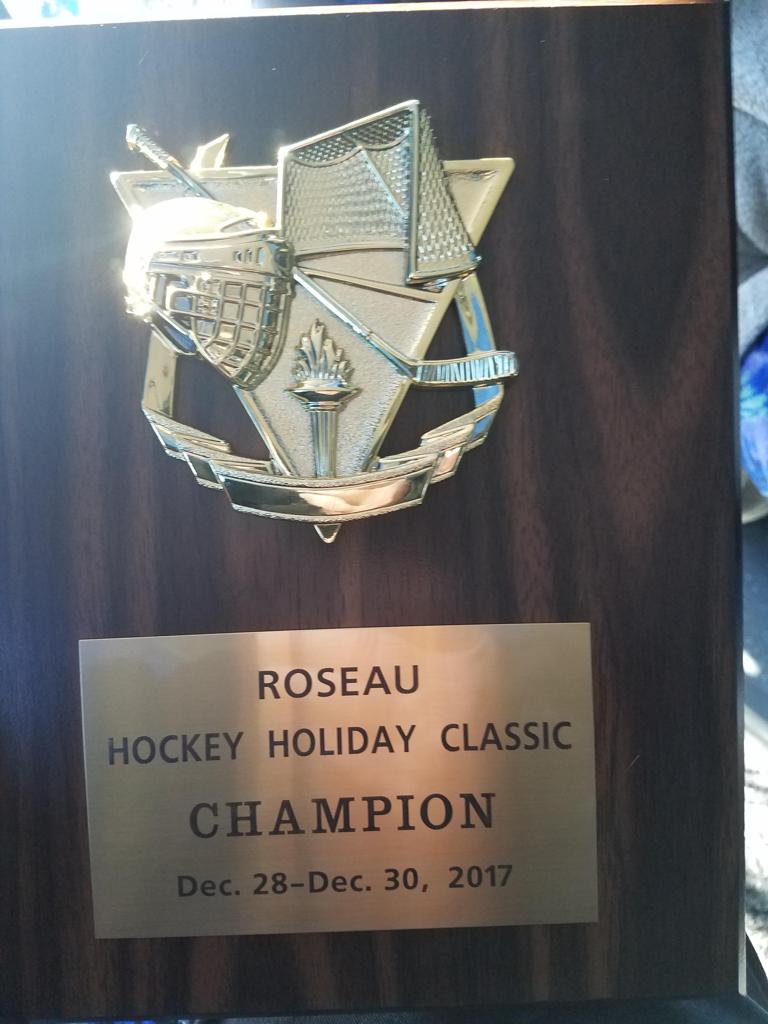 Last week, several teams traveled west to participate in Christmas holiday tournaments. For being 'just' Wisconsin teams, a few of these squads did themselves, and the Badger State, proud.

Rice Lake claimed a title for the second consecutive year in the North Shore tournament held in Two Harbors and Silver Bay. They knocked off Moose Lake 9-1; Mora 8-2; and Henry Sibley 3-1 in the game for all the marbles.

"We took first in the North Shore tourney two years in a row," said Rice Lake coach Josh Engel. "It was a lot of fun; going up to the North Shore gives our team time to bond more. This was our third year playing and we enjoyed it every year."

Eau Claire North took first in the Roseau Holiday Classic, only the second time in 21 years that the host Rams did not claim the championship. "It is a different style of hockey up there," noted EC North coach Ryan Parker. "Finish your checks, good clean stick work, and very fast-paced."

University School of Milwaukee blanked both Princeton (9-0) and Marshall (6-0) in their first two games at the Schwan Super Rink, but dropped a 3-2 decision to Simley at Ridder Arena in the title game in the Schwan Open Division.

"Our goal was to compete and hopefully get moved up a bracket," said USM coach Jason Woods. "I think we opened some eyes to that potential. Every restaurant, every stop we made, we were stopped and asked what hockey team we were and where we were from. A great atmosphere!"

New Richmond played in the Rochester Kiwanis tourney, as they have for the past several years, and battled in the Gold Division. They took down Irondale 2-1, and Rochester John Marshall 6-0 to get to the championship match against Rochester Mayo, where they fell 4-3 to earn the silver medal.

Verona finished either second or third, depending on tie-breakers in the Rochester Kiwanis tourney Blue Division. After dropping thier first match to Albert Lea 6-4, the Wildcats dumped both Rochester Lourdes 3-1, and Fargo (ND) South 3-2.

Also playing in the Rochester tournament, Hayward competed in the Gold Division along with New Richmond. The Hurricanes went 1-1-1 to finish third. They beat Rochester Century 3-2, tied Rochester John Marshall 2-2 officially, but beat them in a shootout, but dropped their middle game to Rochester Mayo 3-2.

So, all in all, not a bad performance by the Badger State Boys.

On the girls side, the Cap City Cougars took 5th place, winning the consolation game. After losing their initial match to the Rochester Spartans 5-1, they defeated Marshall 5-2 and Osseo/Park Center 3-2 to claim the consolation title.

As the rest of Wisconsin spent the holiday at home, a few successful teams worked during the holiday break and earned some very nice gifts.