Akervik was a first-team all-state pick last winter and had 57 points on the year, scoring 20 goals while dishing out 37 assists. Described as an elite passer by coach Tom Bernhardt, Akervik was effective working the puck at the point. She was also a physical presence in the defensive zone.

Akervik, who goes to North, helped lead the Stars to an 18-7-1 record. 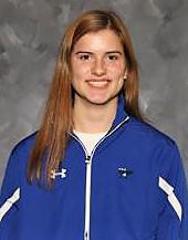