From Guarding the Nets to Guarding our Highways

Players move on from high school and take on many different careers.  The careers range from farming to executive positions in companies.  Many careers lead to giving back in one way or another, coaching, teaching, military etc.

Shane Moilanen's last high school game was a state quarterfinal game for RWD in 2011 versus Eau Claire Memorial.  Shane tied a state tournament record with 48 saves in the game.

After high school, Shane graduated from UW-Eau Claire in 2016 with dual Bachelor of Science degrees in Biology and Kinesiology.  Shane accepted an offer into the Wisconsin State Police Academy at Fort McCoy as a cadet last fall and on April 7th, graduated from the academy as a Wisconsin State Trooper. Shane has accepted a position in Bayfield County, Wisconsin.

We asked Coach Neil Mattson about Shane and he replied:

" Shane was a very big part of the team making it to State that year!!  He played great all season and picked-up his game in the play-offs. It was a true pleasure to have coached Shane and very proud of him becoming a State Trooper.  I believe he still holds the State record for most SOG during that first game in Madison. "

I had children that played for RWD during the time Shane was the starting goaltender.  However, some of my favorite memories of him were when he came to goalie practice for the youth players and worked with them.  Shane never had a problem giving back to the organization and working with the younger players.

Congratulations to Shane on his new career.  We all hope for a long and safe career. 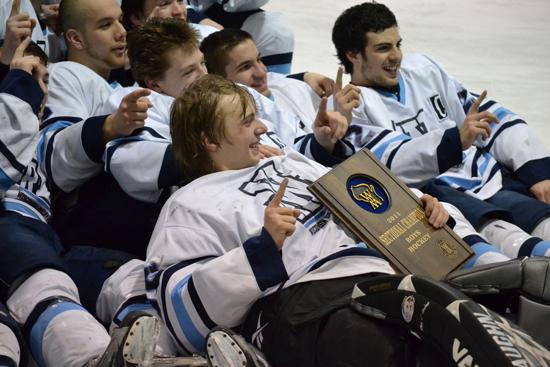 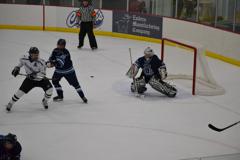 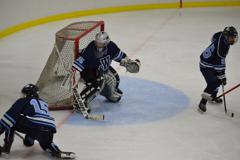