What do female high school hockey players do when they don’t have a WIAA girls team?

Many people remember Jessie Vetter as the USA Olympic hockey goaltender (2010 and 2014) and UW Badger goaltender (2004-2009).  However, prior to attending college, Jessie Vetter was a student at Monona Grove High School from 2000-04, a member of the girls’ soccer team that won three state championships and the goaltender on the boys hockey team.  Jessie notes, “They did not have a girls high school hockey team.”

Fast forward to the spring of 2014 and travel to the area of the WIAA boys’ high school hockey team, Chequamegon/Phillips.  If you are a high school student and want to play hockey you play for Chequamegon/Phillips Team S.E.a.L.  There isn’t a girls high school team and four girls played on the varsity team this season:  Hailey Falk (Senior); Jill Schneider (Junior); Taylor Adleman (Freshman) and Kristen Pechacek (Senior).

Kristen played in her first varsity game on December 23, 2010.  She played 17 minutes against Eau Claire North and stopped 9 of 10 shots.  Pechacek’s final WIAA hockey game was played February 22, 2014 against the Eau Claire Memorial Old Abes in the 2014 WIAA playoffs.  Eau Claire Memorial has been a thorn in the side of many teams and it has been no different for Kristin.  The Old Abes have put an end to the Chequamegon/Phillips season each of the last three years.  Starting with her first game in 2010 and ending with the game on February 22nd, Kristen has participated in 73 varsity hockey games.  She has compiled a 43-24-3 overall record with an .897 save percentage and 2.81 goals against average.  Pechacek has played 3,506 minutes 41 seconds between the pipes for Team S.E.a.L. and has seen an average of 27.3 shots per game. 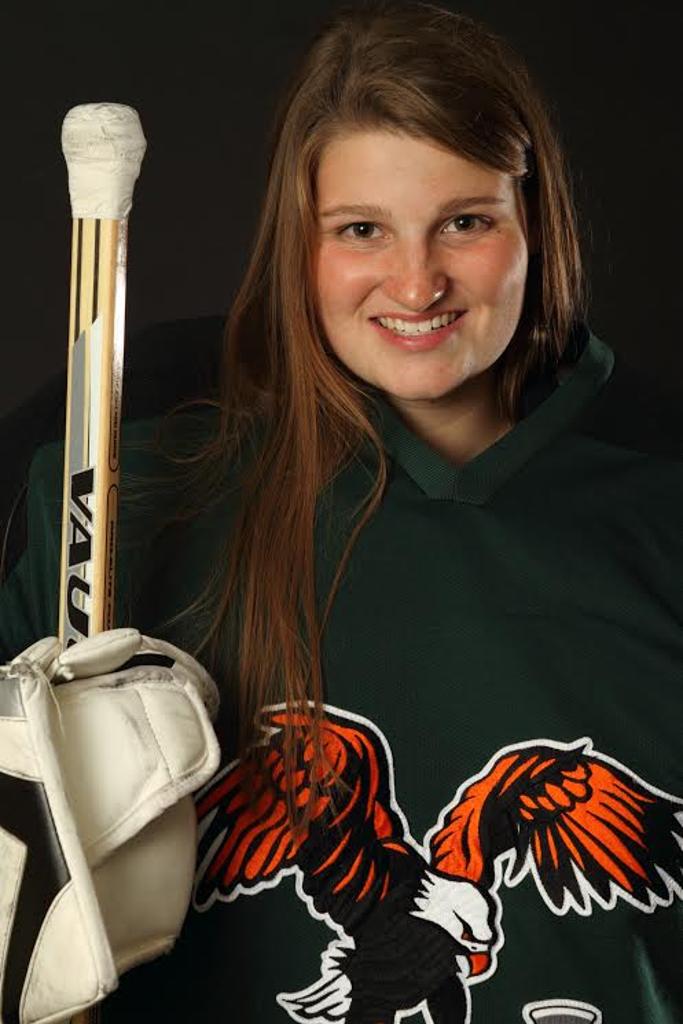 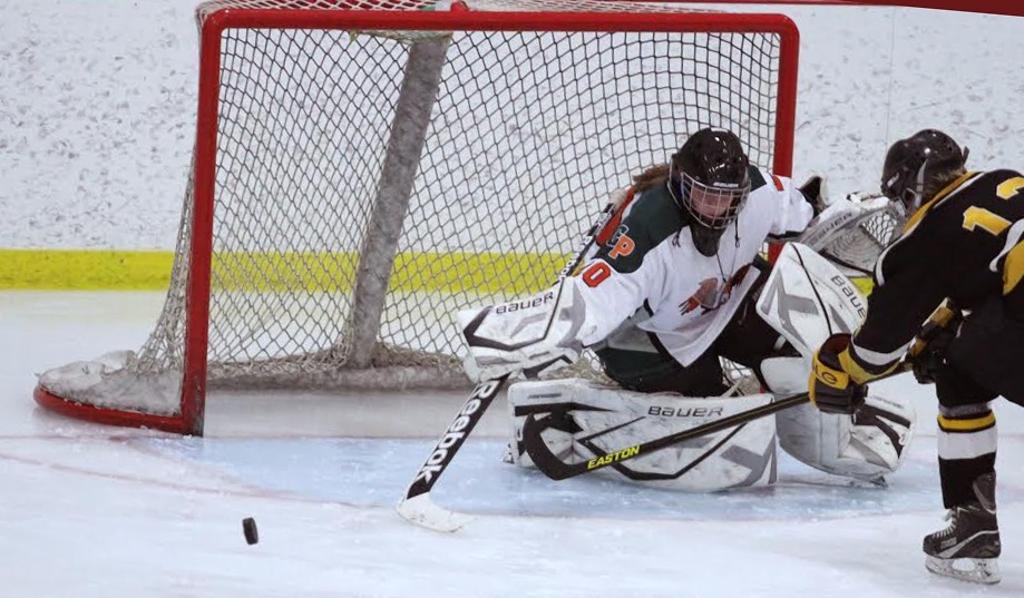 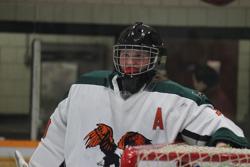 Pechacek in the net.

Coach Shayne Roberts had this to say about Kristen:

“Kristen has developed into an outstanding young leader in our hockey program and in our community.  Her leadership on and off the ice has set a great example for all of our players at Chequamegon/Phillips Team SEaL Hockey.

Kristen will be attending school at Saint Catherine's in Minneapolis where she will continue her outstanding hockey career.  Now we will get a chance to see how she stacks up against some of the best D3 women's talent in the country.  I have no doubt she will be outstanding.”

Pechacek has excelled on and off the ice.  Take a look at some of her accomplishments:

Outstanding performance on the ice:

The communities of Park Falls and Phillips can be very proud of an individual such as Kristen Pechacek.  Kristen should be and is an inspiration to young hockey players and especially to young female players.  She has shown what can happen if you follow your dreams and do your best to succeed.

Congratulations Kristen for a successful high school hockey career.   We wish you the best of luck in your future endeavors.