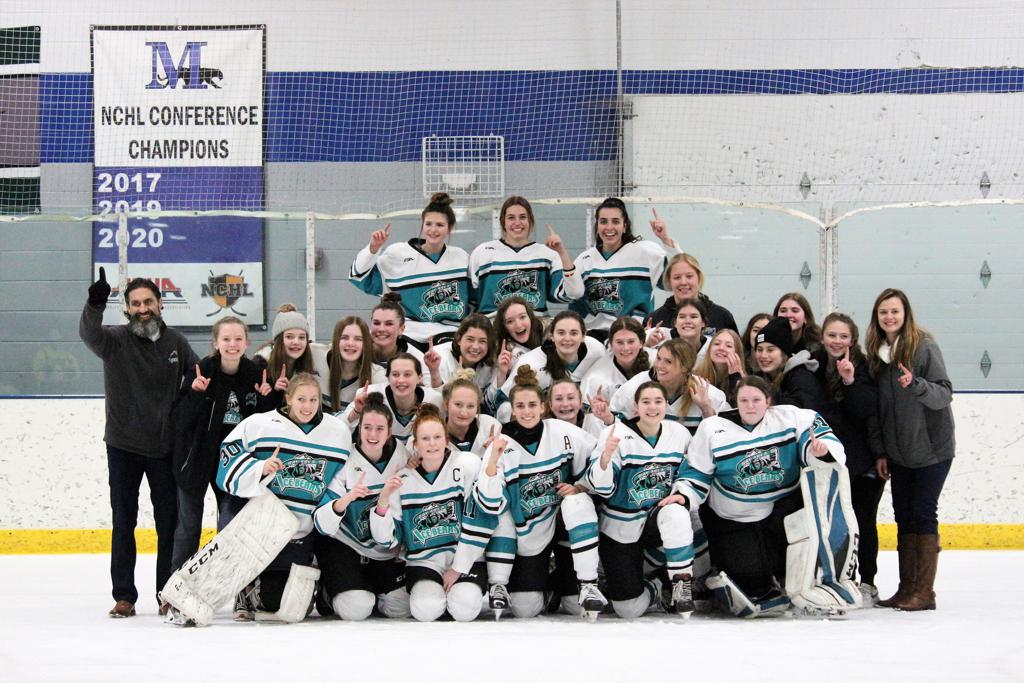 The first game on the card had the Brookfield Glacier taking on the Arrowhead Warhawks. Brookfield's Molly Cole (assisted by Cori Rudella), Bella Branz (assisted by Andrea Della Penna) and Macy Blooming took care of the scoring to give the Glacier a 3-0 win.

The Lakeshore Lightning and Warbirds were the featured act in game three. While the Warbirds won the game 4-0, this game was not decided until the 2:10 of the game. The Warbirds put the puck into the net 3 times in the last 130 seconds of the game.

The Main Event was #1 Bay Area Ice Bears playing host to #2 Fox Cities Stars. This was the third meeting between the two teams. The Ice Bears won game one 5-2. Game 2 was in the WiPH Holiday Classic and the game officially ended in a tie, but was won in a shootout by the Stars. Game 3 was for the Eastern Shores Conference Tournament title.

One of the unusual things in this game, penalty calls doubled in each period. The first period had 2 penalties, the second 4 penalties and 8 penalties in the third. A word of note, the score sheet does not show the actual time of the penalties as this was not recorded on the official sheet.

The first period found the Ice Bears capitalizing on the power play opportunity. Stacey Cloute scored the power play goal with Julianne Bradford and Claire Bradford assisting at 7:17 of the period. Jordan Brady increased the Bay Area lead to 2 with Emily Bill and Josie Bender being credited with the assists at 14:27. Bay Area led 2-0 at the end of one.

The Fox Cities Stars' Grace Rentmeester scored a power play goal at 7:21 of the second with an assist from Julia Lindemann to cut the lead in half. Bay Area bumped the lead back up to two, when Makayla Spejcher scored with Josie Bender collecting her second assist at 13:38. Fox Cities trailed 3-1 at the end of two.

Bay Area looked like they may have put the game away early in the third on an unassisted goal by Jordan Brady at 3:46 giving the Ice Bears a 4-1 lead. However, the Stars proved they were not ready to hand the championship over yet. Grace Rentmeester's second goal at 7:25 with McKayla Zilisch and Peyton Hewitt assisting pulled the Stars within two. Two minutes fourteen seconds later the lead was cut to one. This time it was McKayla Zilisch scoring with an assist from Grace Rentmeester. Jordan Brady delivered the knockout with 6:26 remaining in the period on a power play goal assisted by Makayla Spejcher and Sophie Boxer.