Since the inception of the Wisconsin Selects program in 2016 there has been an uneasy relationship with the Team Wisconsin.

Since the inception of the Wisconsin Selects program in 2016 there has been an uneasy relationship with the Team Wisconsin. It was mostly not talked about as if it didn’t exist, or wasn’t a big deal, but the “rift” between the two is measurable. While I don’t have a dog in this fight, I do have twin daughters coaching, Elizabeth with TW and Emily with Selects. Innocently enough I pondered why the two programs didn’t practice together or scrimmage each other. Neither of them really had an answer for me so I dug deeper.

Mike Cowan, current general manager of the Selects started the program in 2016 when TW had 79 girls try out for the U-16 team. When WAHA and TW proposed, then later balked at the idea of creating a Tier II team, Cowan stepped in and Wisconsin Selects was born. Cowan, after four years with the TW U-14 team, helping them to three National Tournament appearances, was relieved of his TW coaching duties by general manager Mike Larabell.

Cowan’s release from the TW staff was unexpected and odd considering the success he had achieved and his stature in the history of Wisconsin hockey. A Superior native, he played three seasons and ninety games for the Badgers from 1966-69. He was high school coach on both the boys and girls side and made four state tournament appearances. He was Coach of the Year in 2004 and again in 2006 when his Fond du Lac/Waupun team won a State Championship. He later coached at Lawrence University. Cowan is an author, published the Wisconsin
Hockey Exchange, a USA Hockey presenter and started both the Senior Class Tournament and the Midwest Women’s Collegiate Hockey Exposure Camp. At 74 years old, he has dedicated his life to the game of hockey in Wisconsin.

From the Selects side there seems to be an olive branch being extended. There really isn't any controversy between TW and the Selects,” Cowan explained, “I get along well with the coaches- especially Dave Witting &amp; Dave Kinsler. They are good buddies of mine.” He continued, “But, there could be more communication between the programs. Both programs are trying to help provide opportunities for high school players in the state.” It is evident that Cowan was wounded by the dismissal from TW, but has moved on, “That is ancient history. It shouldn't be discussed now.”

In direct contrast to Cowan’s calmness was the howitzer fired by TW general Manager Mike Larabell. In an agitated and aggressive phone conversation, Larabell, after saying “there are no issues with Selects and TW,” made it crystal clear that there would be no cooperation between the two programs. Not mincing words he expressed his desire for Wisconsin Selects to cease and desist. He unequivocally stated, “As long as I am the GM, there will be no partnering with Selects.” He believes that Selects is stunting the growth of the Wisconsin Elite Hockey League and that those girls should be participating in that league instead.

The TW proponents gripe with Selects comes down to a few issues, one being the team selection process. WAHA Director of Hockey Jeff Fox agrees saying, “the competition for players is an issue”. Tryouts, a hot button for both programs, come with the ever-present claims of “politics” corrupting the final decisions. While those may be concerns, it is the players who make the decision where they will try out. The programs are quite different and some players opt to follow their teammates. Lastly there is the USA Hockey definition of Tier II as being regional. Some critics believe Selects has stretched their boundaries too far, but Cowan points out that their Wisconsin border is legitimate and was established before the WEHL ever existed. The facts back him up.

From the outside looking in, Team Wisconsin has been on my radar for years as a father and coach. The knock on TW has long been the price tag, time commitment and for some a perceived lack of practice time and player development. It is ironic that my daughter is now coaching the very program she couldn’t afford to try out for in high school. It has always been my contention that if you truly want Wisconsin’s absolute best to tryout, then the TW should be much more cost friendly or even free. Until progress is made there, many good players will be excluded. I don’t buy for one minute that WAHA does not have the financial resources to make that happen.

For many girls, Selects is seen as a less time and travel intensive alternative to TW. The expectations and pressure to play for TW is uncomfortable for some. Mark Thorn, president of the Girl’s Wisconsin Hockey Coaches Association believes there is a place for all three: TW, Selects and WEHL. Thorn noted, “I think the (perceived) ranking, with Selects as the second choice and WEHL third, is what has upset some of those involved.” He is accurate, because TW in reality wants exclusive first choice of the state’s best.

WAHA president Fran Finco shed little light on the situation stating, “I am not aware of any rift between Team Wisconsin and Wisconsin Selects.” At the same time, WAHA has refused to grant Selects with a needed roster waiver putting them in a difficult situation. Their stubbornness seems aimed at Cowan, but will ultimately punish all the girls on the team. It seems we have eclipsed the time when all parties need to get in a room, or Zoom together to discuss what is or isn’t there. Pointing fingers is not accomplishing anything. As happens all too often, the adults in the room have lost sight of the big picture. Jeff Fox noted that with the WEHL functioning with four regional teams and both TW and Selects thriving, we have more girls playing pre-season hockey than ever. We should all celebrate that.

Selects Coach Emily Bauer, a CW Storm and Blugold alumni, sees only positive in the program, “More girls are getting the opportunity to grow their skill set and knowledge with extra ice time and a more creative space than they might have in their winter seasons. I think for me as a coach I am looking to increase their hockey knowledge and challenge them to learn and try new things so they can reach the next level, which is a goal of a lot of my players.”

Both programs do agree on one thing, that too many girls are leaving the state to play for expensive prep schools on the East coast. Finding an answer that keeps those girls in-state should be a priority instead of in-state bickering. A good place to start would be with mandatory parent education, much the same as we do with our WAHA coaches. The two teams won’t play each other so parents and players can easily get caught up in using won-loss records as a metric for comparison. Not exactly an apple to apple comparison as TW plays mostly in the ultra-competitive Minnesota Elite League. Meanwhile the competition level at Selects is fluid and can be difficult to predict.

Will the two teams ever meet on the ice? Emily Bauer hopes so, “I think it would be fun to play (scrimmage) each other, I don’t know how the two teams compare in skill level since I have not watched any TW games, but I think each day my girls are improving and would welcome the challenge.”

In the final analysis, whichever side you choose, it is ridiculous that the two programs have no interaction with each other. The potential for a great in-state rivalry between TW and Selects is in a holding pattern for absolutely no good reason. Stubborn adults with back street agendas harbored in spite should not prevent this event from becoming a reality. It is time for all parties involved to move forward. Fox, the appointed liaison between the two programs summed it up, “We need to get all the organizations working together.”

That is a choice we can all get behind! 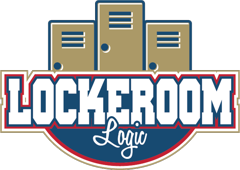 Dan Bauer is a free-lance writer, retired teacher & hockey coach in Wausau, WI. You can contact him at drbauer13@gmail.com