Molitor, a seven-time all-star during a 21-year baseball career that included 14 years in Milwaukee, was the World Series Most Valuable Player while playing for the champion Toronto Blue Jays in 1993.

Baseball Hall of Famer Paul Molitor will be the featured guest at the Coach Sauer Foundation dinner at the Legend at Bergamont in Oregon Oct. 7.

Molitor collected his 3,000th hit while playing for his home state Minnesota Twins. Molitor played three years for the Twins before retiring in 1998. He also managed Minnesota from 2015-18 and was named the American League manager of the year in 2017.

The dinner begins at 6:30 p.m. with a reception featuring silent auction items at 5:30 p.m.

Other guests for the evening include Jim Paschke, who is retiring after 35 years as the television voice of the world champion Milwaukee Bucks. Paschke was the TV voice of the Brewers in 1987 and called Juan Nieves’ no-hitter, the only no-hitter in Brewers history, and the games of Molitor’s  hit streak.

The dinner will also feature the 2021 Paralympic world championship sled hockey team. Jeff Sauer was the coach of the 2014 gold-medal winning United States team in Sochi, Russia. Team USA will go to Beijing, China in March as the defending champions after winning in 2018 in PyeongChang, Korea.

The annual fund-raising dinner will also feature a silent auction. Tickets are $125 for individuals and $1,000 for a table. They are available at https://csf21.GiveSmart.com

Here is information on the Coach Sauer Foundation, a non-profit formed after Jeff’s death in 2017.

We strive to continue Jeff's passion for using the game of hockey to help others. The Foundation is dedicated to providing more opportunities to play the game of hockey and support programs, both able-bodied and disabled, that emphasize the development of youth hockey players, coaches, and officials.

The Coach Sauer Foundation, which hopes to support the legacy of former University of Wisconsin hockey coach Jeff Sauer, runs and supports programs in the state of Wisconsin and beyond, including:

The purpose of the Scholarship Fund is to grow the game of hockey by providing financial help to players through non-profit hockey clubs and arenas. In 2018, the Foundation distributed scholarship money to the Madison Patriots, Madison Polar Caps and the Hockey for Life initiative on Madison’s south side. In each of the last two years, even during Covid-19, we distributed grants to youth hockey programs from Beloit to Spooner and from Waunakee to the Coulee Region. We have established a grant program, with a September deadline, that hopes to give families with financial hardship an opportunity for their young players with an opportunity to learn about the game of hockey. A committee will vote to disperse a determined amount each year to a number of applicants requesting financial assistance through their local non-profit hockey organization.

Modeled after the collegiate Hockey Humanitarian Award, this award was established to recognize Wisconsin high school hockey players—male or female—who give back to their communities in the true humanitarian spirit. It is awarded annually at the Wisconsin Hockey Coaches Association State Tournament Awards Banquet. Shane Ryan of Madison Edgewood was the first Jeff Sauer Award winner. Parker Esswein of Brookfield Co-op was the second winner in 2019. Ava Jambor of the Metro Lynx won in 2020 and Zoe Uihlein of University School in Milwaukee won last year’s award.

The Coach Sauer Foundation donated $1,000 to AHIHA (American Hearing Impaired Hockey Association) to support the United States team in the Winter Deaflympics in Italy in 2019. 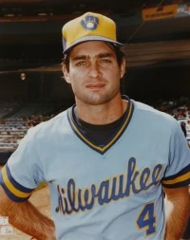