Power Play for the Win, Alex

Cheavers Give their Coach his 300th Victory 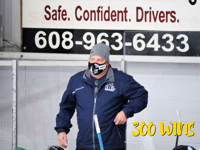 The season is young and teams are still trying to find their identity. In the early part of the season, RWD has shown they are able to capitalize on their opportunities on the power play. They have scored 2 power play goals out of 4 opportunities going into their second game.

Thursday night in Reedsburg featured the Cheavers hosting the Red Raiders of Wisconsin Rapids. RWD was looking to give their coach his 300th victory. Coach Mattson would be the first to try and deflect what the win would mean to him. He would tell you the game is for the players and that the win will come when it comes.

The game started with the teams contesting every shot and forcing the skaters wide. The Red Raiders were called for roughing at 8:15 of the first period. RWD capitalized on the opportunity 29 seconds later, when Trevor Slaght and Danny Ely assisted on ty Thompson’s goal. Dakota Blasky stopped 8 of the 9 shots he faced for the Red Raiders. RWD’s Cooper Oakes finished the first period with 10 saves.

Wisconsin Rapids picked up a penalty at 3:52 of the third period putting the Cheavers on the power play. This time Danny Ely scored the goal with Ty Thompson assisting, while RWD had the extra man advantage. RWD would make the score hold up winning 2-1. Cooper Oakes finished the game stopping 20 out of 21 shots, while Blasky had 22 saves on 24 attempts.