The Team Wisconsin U19 Girls pulled off a 9 week/33 game fall season against all odds. Playing games in MN, WI, and MI against teams from those 3 states plus IL, OH, ND, CO and CA - the 18 girls made it from Labor Day until Nov 1 with no positive tests.

Just as impressive, was that the team overcame a 0-6-1 start against some stiff MN competition to finish with a 13-15-5 record. The team may not have had a win for the first 7 games, however they did show a high level of compete against teams with 10-20 division 1 commits on them.  The U19 Girls finished with a the by winning the 2020 Dairyland Cup tournament against the Madison Capitols and Milwaukee Jr Admirals in Fond du Lac last weekend.

The team had previously played the Madison Capitols (4) times and were not able to pull off a W until the final game. In the final meeting, the Capitols were up by 1 goal with 1:30 left in the third period. The girls knew that if they could get an offensive zone face off and a time out, that they were in a good position. The players on the ice did exactly what they needed to do. They got a whistle with 1:30 left on the clock and the team was able to take a time out and pull the goalie. The game was tied up on a goal from Ellie Brice. The game then went into 5 minutes of overtime with no score and was won in a shoot out off of goals from Nikki Olund and Dayna Jones and an outstanding performance from goaltender, Kami McCardle.

“We had a difficult start to our fall season due to level of competition we play early. We had good second half, with great showing at the Dairyland Classic. The girls are great group to work with! I am excited to see what the high school season brings after getting to play 33 games this fall,” said coach Dave Witting.

“The Covid-19 restrictions were challenging but the girls adjusted very well and had a lot of fun despite this.  We started off slow, but the girls continued to work hard and came together as a team to finish strong. I’m very proud of this group of girls and look forward to seeing them play this winter,” coach Jeff Jablonski.

“The girls battled all season long and proved that they can play with the best of the best. I am immensely proud of the girls for believing in the process and not mentally checking out when we were struggling in the beginning of the season. However, I am prouder of the types of kids that we have on the bench. They are resilient, hardworking, dedicated, and respectful young adults that will go on to do great things in their future. At the end of the season, I watched the girls talk on the bench about what plays they were going to try, what they needed to correct on the forecheck, how we improve our defensive zone and take ownership for their mistakes without any prompting from coaches and that type of attitude is exactly what propelled us into the next level,” said coach Breanna Seibel.

“I'm very proud of the team for being able to adapt gracefully to the different restrictions due to COVID-19. It was awesome to get back on the ice with a great group of girls and coaches for my last season!”

“This year was challenging for many reasons, but I believe that it only strengthened the bond of our team and really showcased what TW Hockey is all about: grit, resilience, and hard work. The group of girls we had was amazing and I could not have asked for better friends to take on the challenges with. From training camp in August, to the Dairyland Classic in November, we pushed ourselves and I cannot wait for the spring season!”

“I’m very happy with how our team dealt with the COVID-19 restrictions, even though rules varied from rink to rink everyone maintained a calm and positive state of mind. I am also very glad to say we’ve had a very successful season even with small numbers on the bench!” 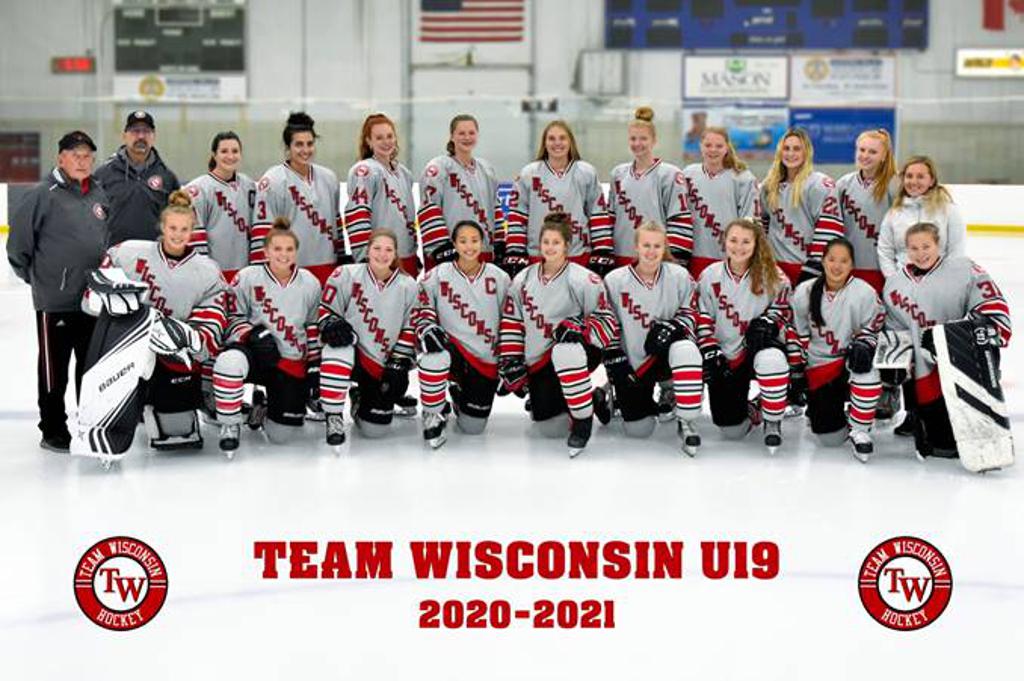