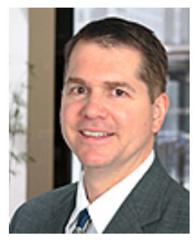 The 1970’s were a decade of disco and bell bottom pants. In Madison, WI it was also a decade with a surprisingly high number of exceptional high school hockey players. Some became famous, most have been forgotten. Many went on to make a lasting impact on the sport. Let’s take a walk in the past and look at some of these players.

Mark Johnson and Bob Suter are the most famous because they won gold medals with USA’s 1980 Olympic hockey team. Eric Heiden, arguably the greatest speed skater ever, winner of five gold medals at the 1980 Olympics, played high school hockey in Madison at the same time as Johnson and Suter. Heiden was at Madison West class of ‘76, Suter at East ’75 and Johnson at Memorial ’76.

Heiden, a defenseman, was described by Steve Kirley, West ’73, “fastest kid on the ice, nobody could catch him.” Heiden trained for speed skating during the high school hockey season and periodically missed a hockey practice or game. Several of Heiden’s teammates said West’s hockey coach, Burt Hable, commented several times…'When will Heiden stop wasting his time with that speed skating?'

Bob Suter grew up on Madison’s eastside, won two WIAA state championships with East and was a pivotal member of Wisconsin’s 1977 NCAA Championship team. It was with admiration that high school players of his generation referred to him as fierce and hard-nosed. Underneath the fierce persona was a lifetime dedicated to hockey and making a positive impact on kids. He died unexpectedly in September, 2014. His legacy lives on.

In the fall of 1975, the 1976 USA Olympic hockey team called Madison its training home.

He almost earned a roster spot, but as Mark shared, “It was a Sunday night and at the dinner table the coach cut me.” The coach of the ’76 Olympic team was Mark’s father, Badger Bob Johnson. Mark, full of optimism, said “It made me more focused for the next Olympics.”

After being cut from the ’76 Olympic team, he focused on leading his high school team, Madison Memorial, to a 4-3 OT win in the state championship.

Marc Behrend, La Follette ’79, won two NCAA Championships for the Badgers in 1981 and 1983. He was named Most Outstanding Player for both NCAA tournaments.

Behrend also played for the 1984 USA Olympic hockey team, was drafted in NHL by Winnipeg Jets and played professionally in the Jets organization a handful of seasons.

The games were intense, I remember that. There were a lot of good players. Players from different high school teams played with and against each other from squirts on. We had pride playing for our high school; it meant a lot to the players and students at the schools.
--Mark Johnson, Memorial ’76.

What was the recipe for producing so many excellent players from just four high schools? Many of the hockey players were also the best football and baseball players at their respective high schools. Most of the players learned how to play, and honed their skills, on a frozen sheet of ice in their neighborhood park. Kids played for hours all winter in games organized by other kids. And hockey, at least in Madison, had a broader range of demographics and ethnic groups back then.

Sometimes a look into the past can serve as the light to guide us into the future.

We had double headers with four high school teams at Hartmeyer and the place was packed, it was the entertainment back then. People smoked in the rink, if we played the second game of the double header I couldn’t see the other team's net through the cloud of cigarette smoke!
--Joe Baldarotta, goalie, West ‘74. “

The stands were jam-packed. It was standing room at the boards six people deep.
--Steve Kirley, West ‘73.

Other top players from the 70s