MADISON – Ava Jambor, a junior from Middleton High School and a member of the Metro Lynx, has been named the recipient of the Jeff Sauer Award, the Coach Sauer Foundation announced.

The Jeff Sauer Award was presented Friday at the Wisconsin High School Coaches Association dinner. The annual award hopes to encourage community service among girls and boys high school hockey players in the state of Wisconsin. It is named after the legendary former University of Wisconsin coach and hockey ambassador Jeff Sauer, who passed away in February, 2017.

Jambor is a worthy example. For the past the last two years Ava has raised over $50,000 for the Leukemia Lymphoma Society. She was inspired by being part of the Students of the Year program. As part of the seven-week program, Jambor came in touch with Noah Sanger, a 7-year-old who was diagnosed with leukemia in February, 2017.  Ava bonded with Noah over their love of hockey and she took it upon herself to organize a fund-raising hockey game at Madison Ice Arena.

The fund-raising game for LLS has been held each of the last two years and Jambor and her coach, Mike McKersie, have made Noah an honorary member of the Metro Lynx. Noah is scheduled to compete his chemotherapy in May

Jambor played every game for the Metro Lynx and scored four goals, had seven assist and 11 points. The Lynx have qualified for the WIAA state tournament. Her coach is Mike McKersie.

Jambor was one of two finalists for the award. The other was Adam Manske, a senior forward from Kettle Morraine Mukwanago Co-op.

After retiring from college hockey, Jeff worked extensively with disabled hockey players, He coached the U.S. sled hockey team to a gold medal at the Winter Paralympics in 2014 and in his seven years as coach, Team USA won two gold medals at the Sledge Hockey World Championships. was active. Additionally, Sauer was president of the American Hearing Impaired Hockey Association.

The Coach Sauer Foundation was very impressed with all the candidates and their stories of student athletes who deserve notice for reasons that ultimately are more important than mere personal statistics.

Madison Ice Arena displays a replica of the Jeff Sauer Award in its lobby to honor Jambor and all past and future winners. Middleton High School will also receive a plaque to display to commemorate Jambor’s achievements. 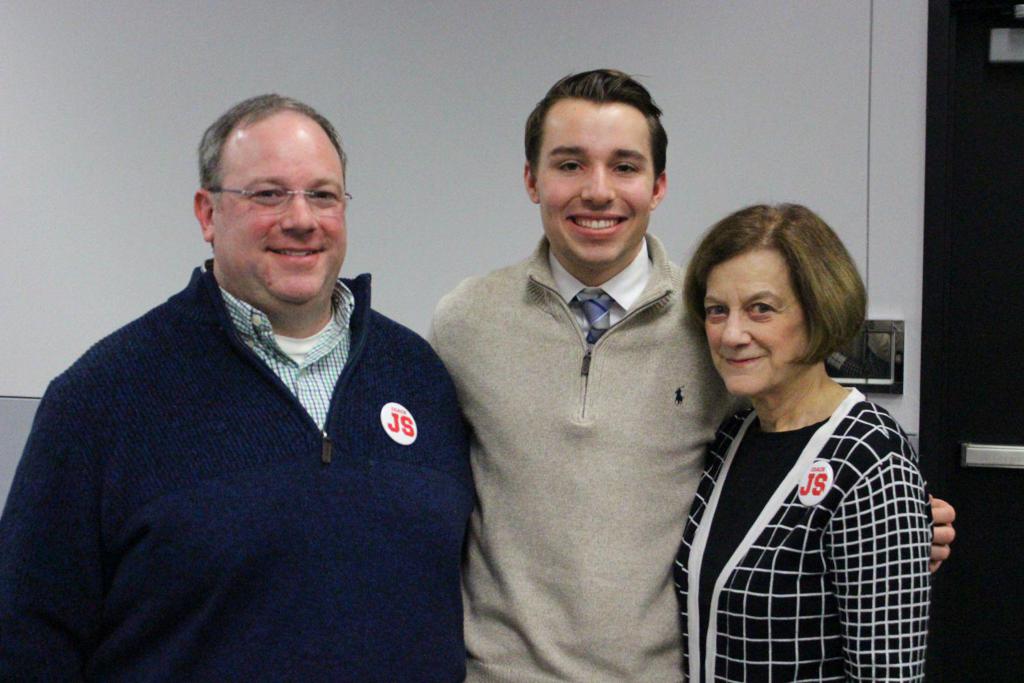