It was a night to honor the seniors that have made the sacrifice. The Lynx were coming off a win vs. Viroqua the night before and were trying to make it two wins in two days against the Icebergs.

The first period saw the Lynx with several opportunities but Iceberg goaltender Aven Gruner was stubborn.  She would turn aside 12 shots in the first. It was not until senior Hannah Kolpien would take a feed from senior Abby Ahlborn and bury it at the 3:32 mark.

That would give the Lynx a little more jump and about 90 seconds later, Grace Bonnell would pick up a loose puck in the neutral zone, head man it to Sydney Raaths, who would drive in on the net. Lauren Johnson jumped up in the play and got a pass from Raaths, tucking it in the back door to make it 2-0 at the end of the first period.

In the second, the Lynx would find themselves down two players to penalties but kill it off. They would again throw another 13 shots at Gruner but she was even more stubborn than in the first and would not allow a goal.

The Icebergs, down 2-0, would have a great opportunity after a penalty expired with Hallie Hefel coming out of the box and catching the Lynx defense off guard. She would walk in on a breakaway but was denied by Lynx goaltender Camryn McKersie. The period would end the same, 2-0.

In the third, the Icebergs would keep battling. The Lynx would continue to press the play but get into penalty trouble again. Down two players, they would kill it off.

Still at a 2-0 score, Iceberg forward Sydney Schipper would find herself alone behind the Lynx defense on a breakaway only to be denied by McKersie.

Not but a few minutes later the Lynx would strike again. This time it would be Hannah Kasdorf taking a pass from Jenna Culp and firing one past Gruner to make it 3-0 with 6:42 left.

After being whistled for another penalty, Grace Bonnell would cap the night off on a shorthanded goal with assists going to Lauren Johnson and Hannah Kolpien. Final was 4-0 with Gruner stopping 37 shots and McKersie 10 to preserve the shutout. 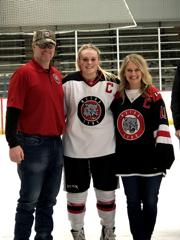 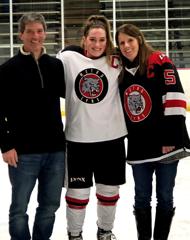 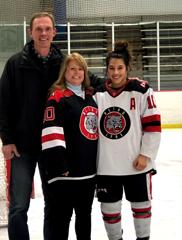 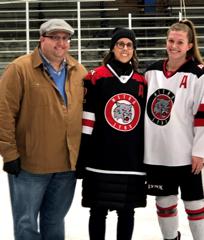 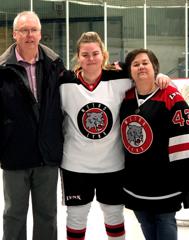 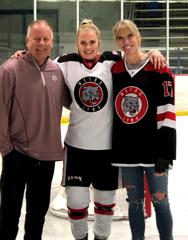