WVU has played in nine OT games this year 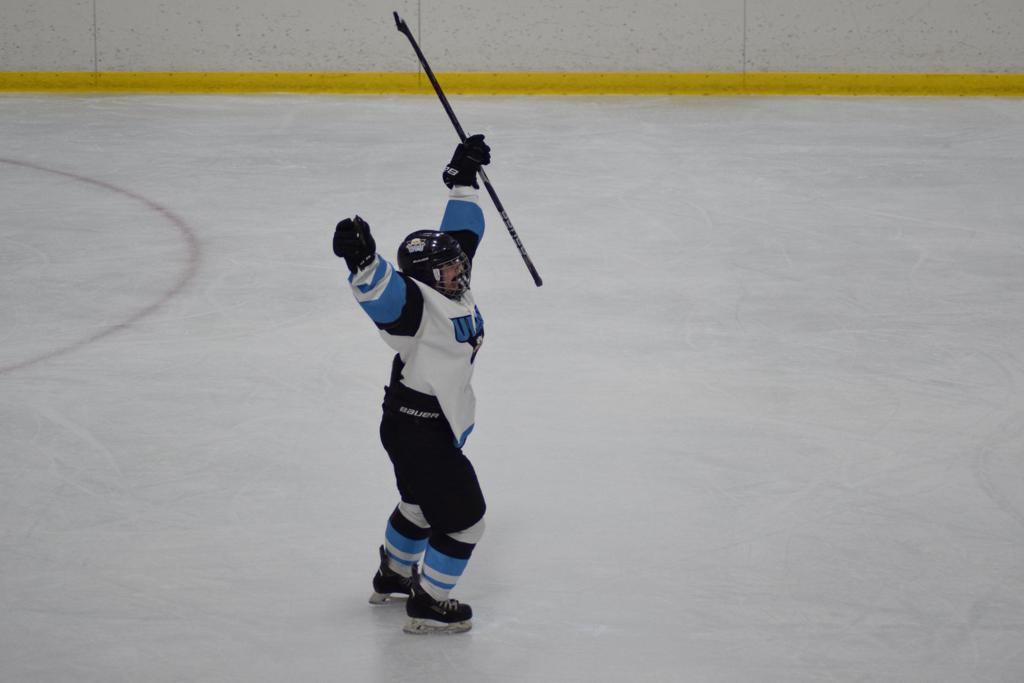 It all began quite innocently.  It was the third game of the season, on the road in Brookfield and the Wisconsin Valley Union heading into the third period with a seemingly comfortable 4-1 lead.  Perhaps the team forgot that #11, Hadley Malcolmson, was still in the building.  Five minutes into the period the game was tied and when Malcomson added her third goal of the period with just five minutes to play, Brookfield led 5-4.  WVU freshman Ella Beilke tied the game fifty seconds later and the two teams headed for overtime.  Beilke would follow up her game tying goal with the game winner in overtime.

Little did the Union know then that it would be the first of an amazing nine overtime games in their season.

“The first one was a bit of a learning experience,” according to Union head coach Dan Bauer, ‘I remember some players going on to the ice to get ready to shake hands.  I had to pull them back & tell them we aren’t done yet; there is overtime!”

A couple of weeks later, the Union got a late powerplay goal by senior captain Lyndsey Glodosky to send their game with the Icebergs into overtime.  The visitors lined up to shake hands and there was debate with the officials as to whether overtime was to be played in non-conference games.

“Everybody was milling around, the officials asked me if overtime had to be played,” said Bauer.  “I had never heard of anything different, but for a moment I thought we were all just going to go home.”

Senior captain Cadie Ash ended the game with a shot from outside the blue line that was misplayed into a game winning goal.

Overtime number three came seven days later at the Culver’s Cup in Madison.  Pistol Cowden’s 40 saves in regulation helped the Union get to overtime tied 1-1.  Glodosky would come to the rescue again with the game winner.   Three overtimes, three wins.

Next up for the Union, a six day stretch in January and three consecutive overtimes.   Cowden and Glodosky would team up to lead WVU to a 4-3 OT win on the road against Western Wisconsin.  Cowden was stellar with 49 saves and it was Glodosky again with another powerplay tally to win it.  For Glodosky it was her 10th goal of the season, five on the powerplay and her third game winner.

According to her head coach it was all a matter of being in the right place at the right time.  “We kind of teased her a little,” said Bauer, “I am not sure any of her goals traveled further than 3 or 4 feet.  She has learned that going to the net and finding space is the key to scoring goals.  Lyndsey has worked really hard to improve her IQ, routinely spending more time on Hudl than anyone on our team.  It has paid off.”

Overtime number five and six both ended in 2-2 ties.  Gwynn Beversdorf scored a 6 on 5 goal with 47 seconds remaining to send them to overtime with Northland Pines and the Lakeshore Lightning scored a similar goal with 38 seconds remaining to force overtime.  A tournament game with the Lightning, the teams took the ice for a shootout, with sophomore Lauryn Broecker scoring as the last shooter to get the “unofficial” win.

Following a brutal stretch of 11 scoreless periods and three loses by a combined score of 4-0, the team would rally to force another overtime on Senior Night in Waupaca.  Facing the 5th and ranked defending state champion, Fox Cities Stars, the Union got a game tying 3rd period goal and overtime winner from Lauryn Broecker to complete a great comeback.  The defeat was the first conference loss of the season for the Stars.

Two days later came the most unusual of the Union’s overtime victories.  With a top four finish in the conference on the line, the Union and USM met in Stevens Point.  WVU got a third period powerplay goal from Cadie Ash to tie the game at 1-1 and yet another overtime.  Needing a win, USM head coach Dan Carey pulled his goalie with just over a minute to play in the overtime.  Ash netted the empty net goal from nearly the exact same spot as her game winner versus the Icebergs back in December.

Ash attributes the team’s overtime abundance to its attention to defense and goaltending, “Our team isn't full of goal scorers and sometimes we struggle to score, but we've had a huge focus on playing in our defensive zone and the best goalie in the state. This results in a lot of close, low scoring games.”

On Saturday the Union erupted for three third period goals to tie the Warbirds 4-4 and force their ninth overtime.  It was the seventh time they had come from behind to get to the extra period.  Senior goaltender Pistol Cowden cites the team resiliency, “Even if the start (of the game) is rough, we push through.  We know how to come back.”  With third place on the line in the Eastern Shores Conference Tournament the teams went to a shootout.  Goals by Mya Cullen and Shelby Tryba and a shut out of four shooters by Cowden produced another shootout win.

How common is a multiple overtime season?  Western Wisconsin is second with six and Hudson and CFM with five.  The three teams are a combined 4-7-5 in overtime.   For the Union it hasn’t been just nine overtimes that is remarkable, it is their 6-0-3 record, 8-0-1 if you count two shootout wins that go with it.

The team’s two shootout wins haven’t convinced all of them that it is the answer for tie games.  “I personally think shootouts only show what team has the best three shooters and goalie,” said Ash.  “I think a hockey team is a lot more than those two aspects. I like how the state tournament does it, by adding periods until someone scores. I think that's the only truly fair way to find a winner.”

For most of us, working overtime isn’t looked at favorably, but this season, the Wisconsin Valley Union have embraced it and most definitely enjoyed it. 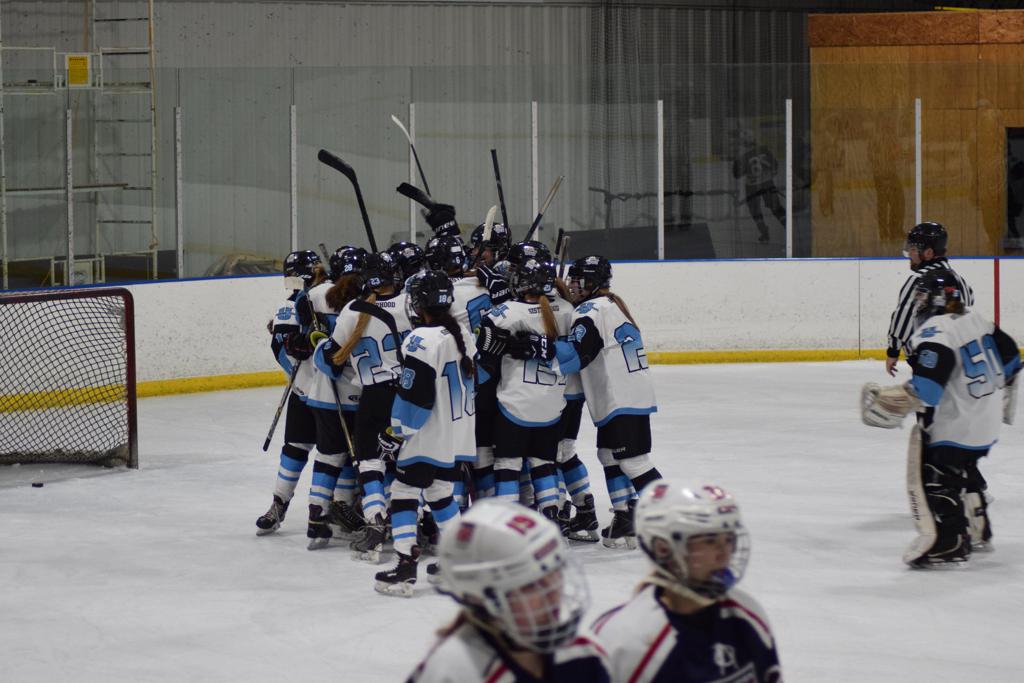