Team Wisconsin heads to Minnesota for the CCM NIT

Three teams representing Wisconsin will travel one state to the west this week and challenge in the CCM NIT tournament that will be held in two locations around the Twin Cities.

The TW boys will have a pair of squads: Seniors and HP-18s (Juniors). The girls will send one team that is comprised of both seniors (7) and juniors (11).

"This year's teams represent a wide range of players," said Senior coach Tim Ebner. "The coaches are excited to work with each group and see what they can accomplish in a short time frame."

The boys games will be contested at long-time site, Plymouth Ice Arena. This is the tenth year for the boys tourney. The TW team won the inaugural event in 2010, while the TW Seniors won the crown in 2017. This year marks the sixth time that the Junior team is participating.

Ebner noted, "The NIT requires a high level of skill and work ethic and with the senior team having eight players returning from last year’s HP-18 team, they will play a big part in preparing the players who have not been there before."

On the girls side, the games will be played at Fogerty Ice Arena in Blaine. This year will be the ninth year of the tournament, which TW won in back-to-back years (2014, 2015).

"I believe we have a solid roster," stated TW girls' coach Dave Witting. "We have two new goaltenders in (Abigail) Severson and (Emma) Quimby. They had good high school seasons."

Witting added, "The Minnesota teams are very high level competition. We don't know much about North Dakota, but it will be good competition for the girls team." 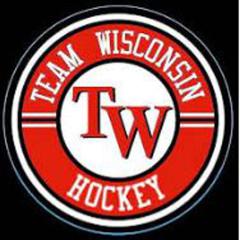